We have progressed to a...

technological civilization / society and are moving away more and more from our responsibility of taking care of our fragile planet, always looking for sterile worlds somewhere out there. We forget the ancient knowledge of the old people from the native towns who, for thousands of years have lived with basic methods and in total harmony with the world – so much knowledge is still unexplored. In the case of the Kamarakoto, the same principle that allows them to remain intricately connected to the natural world reflects in every one of their cultural expressions, for example: 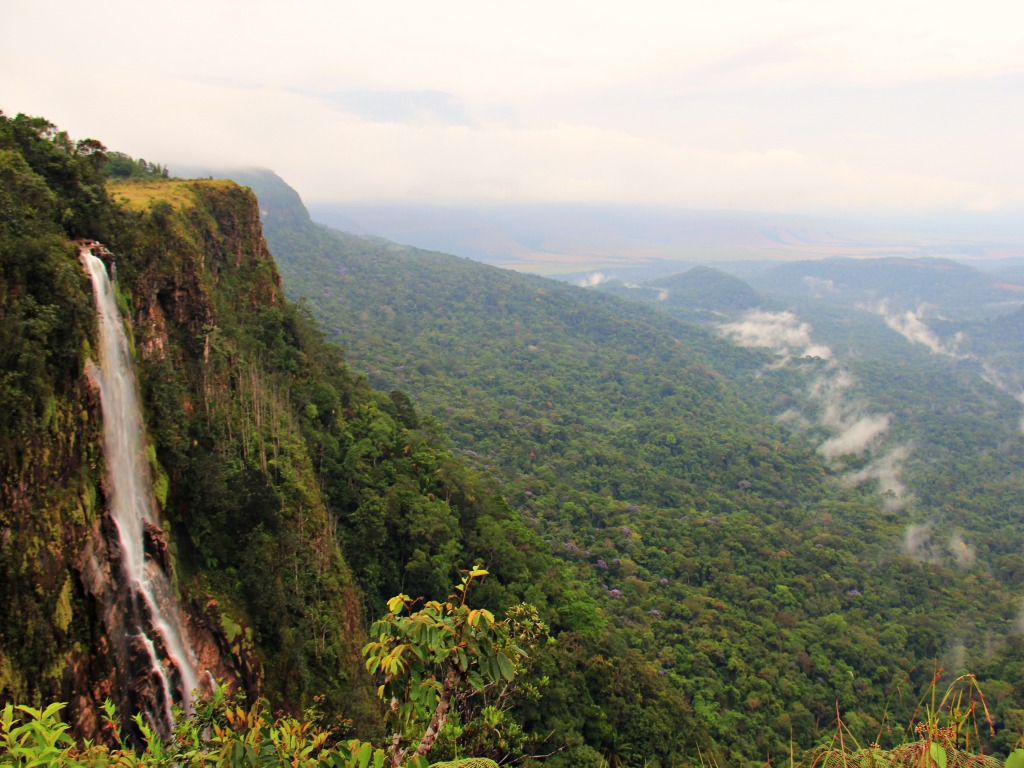 ● The paintings on their bodies and faces created to protect them from the spirits that live in the mountains, or when fishing, to attract specific kinds of fish.
● The magical songs they sing to heal sicknesses, which they believe are a result of a split between body and spirit.
● Their respect for the moriche palm, which they call “tree of life”, because it gives them materials for their baskets, shoes and roofs, and two of their favorite dishes: hearts of palm and moriche worm.

Like other limited native civilizations they are still keeping their own identity but the “cultural” identity of the Kamarakotos is in danger of extinction or being absorbed by contemporary civilization.

Angel Conservation together with Fundación Etnika  (throughout this document we will refer to both as the Foundation or Foundations) will investigate, organize and divulge the culture of the Kamarakotos with two basic objectives in mind:

Necessary elements for the reorganization of the Kamarakotos cultural identity

Five necessities are important to be able to reorganize the cultural identity of the Kamarakotos tribe:

Angel Conservation and Fundación Etnika will compile and investigate what may be necessary to bring back the cultural identity of the Kamarakotos. A process in which the Kamarakotos will not only receive information, but will be an active participant in gathering it. With this clear objective we are proposing a few programs:

Our cultural specific programs were originally divided in two stages – the status of each is added in parenthesis:

Additional programs which cross over the cultural aspect include the following:

Through this program we are preparing a file with interviews from the elders of the tribe. Hortensia Bert, a young Kamarakota, is the guide in this project. She is the great-granddaughter of the legendary Kamarakoto, Alejo Calcano, Captain General of the Pemón and first Pemón to be recognized as a representative of his group by the government of Venezuela during the command of General Lopez Contreras. Calcano was taken out of the Kamarata Valley when he was thirteen years old and educated by an ex-army General of Venezuela. When he came back to his land as an adult, he quickly realized that he was the only Pemón who was able to communicate with the outside world. He educated his people with a basic objective: to prepare them for the upcoming entrance of the outside civilization, making sure that they would keep their traditions and culture as strong as possible. His teachings were never written and they are almost disappearing.

The video out-takes follow Hortensia’s steps as she goes from hamlet to hamlet asking the elders about the history of her grand-grandfather and the rest of the “pormenores” of her culture: the mystical stories, the traditions in art and music forms. The material in the video tells also of the traditions that are part of the daily life of the tribe: the elaboration of the “cachiri” (a drink from yucca) and the casabe, the houses, the methods of transportation and the traditions that they have implemented in their actual life (sports, religions, etc).

From this video three different programs will emerge:

With the information that we get from the video documentary, we will start forming art and music workshops i.e.

1. An example of the ceramic workshop:

There is only one family left in the Valley of Kamarata where women are still making ceramics in the old traditional way. There exists no effort to spread this art, although the tribe still uses the “ollas” to cook. The elaboration of the ceramics has a ritual to be followed. They get the clay from a unique place in the Valley. They go there with an offering to the Earth asking for permission to take out some clay, without looking back.

Angel Conservation together with Fundación Etinka have close relationships with the women that take care of the ceramics. Proposed is a ceramic workshop for the young people in the tribe so they will learn the art of the craft and the ceremony. From this workshop the Foundation will use the results in expositions and sales will showcase and present them to tourism programs in the region.

The music workshops will include the teaching of the different types of songs: Marik (magical songs that encourage the Nature), the Tarenes (magical songs for the protection and medicine), and the songs to dance and have fun such as the Tukuy, the Parichara, the Amanau and the Sapara.

The musical instruments workshops include the elaboration and interpretation of themselves: the drum, the waronga and the kobey. Every one of them is made from materials that have a meaning and specific results. That knowledge is almost disappearing.

Also in this case the Foundation will use the process and the results of the workshops for tourism purposes. Some examples:

The Parichara includes a form of plucking. When the Pemón elders get together to celebrate, one of them would start to sing and another one would start to answer, and so the chant becomes a musical conversation. So in this way they have a good time and also express their feelings as they express sometimes deep thoughts that in any other way would be hard to express. It is important to relate those songs to the young people in the tribe, so they would also be able to relate these to tourists and receive financial compensation from doing so. For tourists, it will be a great opportunity to hear those chants and see them performed artistically and participate in them.

3. The publication of the historic book:

This book titled “Los Indios Kamarakotos” was written by G.G. Simpson, an anthropologist who was part of an expedition organized by the American Museum of Natural History of New York and financed by the Ministerio de Fomento of Venezuela in 1939. The book was the result of a several weeks study in the Valley of Kamarata, in which Simpson had as an interpreter Antonio Montes, who was an assistant of Alejo Calcano and an Indian Kamaracoto trained by Calcano to serve and be an ambassador of his people with his good Spanish and knowledge of the traditions of his people.

The book “Los Indios Kamarakotos” has been out of print for years, few copies exist today. Angel Conservation has found a copy of the printed book and since it is in the public domain has the ability to be able to publish it again. The book has been digitized and is ready to be reprinted and republished.

It is easy to omit the importance of the book until you see the reaction of the Kamarakotos, their emotions and how they express their surprise by seeing in the book their language correctly written. They don’t get tired of looking and finding in the book models of jewelry, baskets, arrows, etc. They are thankful with “us” the tuponguenes (as they call anyone that is not Pemón) for documenting what they thought it was lost.

In association with The Jimmie Angel Historical Project we will publish a short informative illustrated book on the history of Jimmie Angel as researched by his niece Karen Angel – a board member of Angel Conservation.

5. Discovering and documenting the collection of artifacts.

Angel Conservation has found a treasure in the files of the American Museum of Natural History in New York: 74 original artifacts of the Kamarakotos are located inside a secure vault in the Museum. They have been barely touched since Simpson brought them in 1939, until the Foundation found them and started the photo documentation in 2005. That same year the Kamarakotos had the opportunity to see a few pictures and they showed their interest with heated chorus and emotional voices.

The Foundation is preparing a file with all the digital pictures of the artifacts which are part of the collection and they will be given to the Kamarakotos. Also it is hoped that the Foundation can work closely with the American Museum to prepare an exposition of the collection in New York and Venezuela so everyone can enjoy, we hope too that these artifacts may be borrowed and taken to the Valley of Kamarata for a few days so the tribe can see them.

6. Recompilation and delivery to Pemón of all the written and photographic material from their culture and history.

For the first three years, the Foundation gave to the tribe books, pictures, notes, literature and other materials about their land and culture.

The Foundation has access, with author rights, to three important photo files that talk about the history and documentation of the Kamarakotos and the Salto Angel. From those files they will make copies that will be part of the Kamarakotos heritage:

Those pictures / records reside nowadays in the Harry Ransom Humanities Research Center at the University of Texas. Through an initiative of members of the Foundation, Patricia Hubbard executor of the literary works of Ruth Robertson has given a copy of each picture of the mentioned exhibition to the tribe. We have given them an album with copies of those pictures and we are waiting to find a suitable resting place for these in the Valley so we can then transfer all of these materials.

With the community’s full participation in the creation of a Cultural Centre in the Kamarata Valley is under construction where all the written, photographic, film and video materials which narrate the history and culture of the Kamarakotos can be stored. This center will have a library and a small museum with a permanent exhibition.

This Centre will be a very important element for the cultural identity of the tribe, it will bring education, development, information, and also new opportunities of work and a good encouragement for the tourism.

Our intent is to recycle the structure of a set of sheds as a cultivation centre to promote the creation of a Sustainable Agro-productive Centre for the indigenous community of Kamarata. 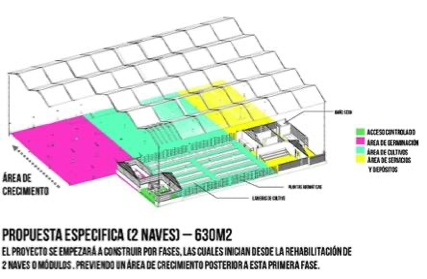 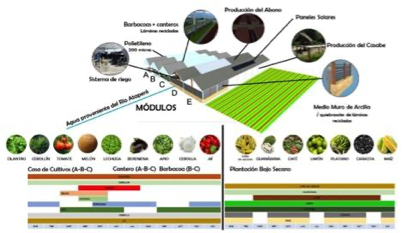 In 2016 the Alstom Foundation through another NGO approved financing to implement the first phase of the productive project through two phases, one of training and the other of physical intervention to the sheds, led by the indigenous community of Kamarata and the University of Zulia.
During the year 2017, the training and construction phase of the first demonstration plot began, thus beginning the cultivation of vegetables.
Subsequently, the community leaders of this project organized the construction of allotments for growing vegetables with the parents and children who attend the National Basic School Padre Eulogio de Villarrín. However, the project hit some difficulties and was halted. Our Foundation wishes to explore the possibilities of revisiting this project as the community definitely suffers from lack of fresh nutritional products. Many Pemón have to travel many kilometers to their small farms in order to grow food for their families and often that food source is limited in its variety.

As an extension of the Kamarata Cultural Centre we have plans drafted (Jan 2020) to integrate playgrounds into the landscape.
The purpose:provide tools for the community to participate in building a landscaped, designed playground for children within the Kamarata’s community, based on sustainability principles. (Visit our UNICEF PowerPoint)